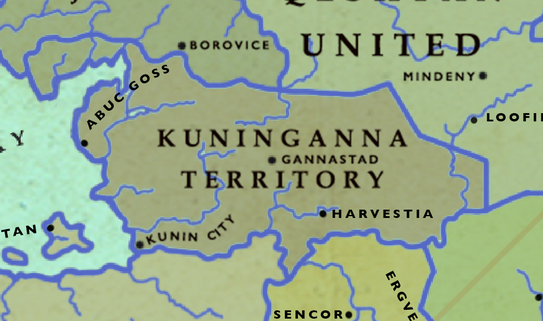 The Monarchy rule over Qeshland was firm and brutal. Under King Astar Qesh’s rule people were both satisfied and angry. The King’s armies fought wars that would bring riches to the country and the King was clever enough to give small portions to the people to keep them from revolting against some of his harsher laws and rules and his unforgiving heart. (See the Andaqesh saga.)

In the year 962 M.T. the Governor of Qeshing City, Heeto Miyoopa, requested audience with King Aster Qesh. Although the King despised this man, he granted the request. Governor Miyoopa had a secret for the King, a secret that would change the King’s expression from boredom to rage. A rage that gained momentum until he stood and screamed, “STOP!”

Time passed and the King’s top general, Goht Embreto, could see the change. The King was not the same. Heeto Miyoopa was appointed to an advisory position shortly after the day he delivered the secret. General Embreto was no longer the King’s trusted advisor on many important matters. Embreto knew something was wrong.

Queen Ganna Qesh could also sense that the King’s regard for her had dissipated. They saw little of each other the previous three years. She feared that he had learned of her shameful secret. And she feared for her life. And now, he was requesting her presence. She believed her time was up.

Entering the King’s chamber, the Queen did not see him at his usual place, his writing table. A guard stood near the open doors to the balcony. He bowed and pointed outside letting her know where she could find the King.

Finally, he raised his arm and pointed to the far off horizon where the orange and purple clouds reached for the heavens. “I’ve built a palace in a land my army has conquered and which I’ve named Kuninganna… for you.”

Queen Ganna turned to the King with a most surprised look. She peered into his eyes and saw his sincerity and she then started to weep. She was overwhelmed. He did care for her, she thought. A burden was lifted and she smiled and held the King. All was well.

“You and I will travel there tomorrow for some much needed time together,” the King said.

Queen Ganna was joyous. “I will prepare the Princesses for the journey,” the Queen said.

“It will be only you and I and a few guards. The servants are prepared for our arrival,” said the King.

This perplexed the Queen. “Leave Anya behind?” she asked.

“She will be fine here. I would like some time alone with you,” the King said and was finished. He walked back into his quarters.

Queen Ganna looked concerned but slowly let her worry wash away. She smiled. She would spend time with the King, which is all she wanted. Things would be wonderful, she thought to herself.

The King’s entourage rode up to the new palace in Kuninganna with good time. General Embreto and his best battalion rode alongside the caravan for the King and Queen’s protection.

Upon seeing her new palace, Queen Ganna Qesh wept once more. It was beautiful. She turned to her King. He nodded and acknowledged her approval. “Took us three years to complete,” he said. “All was a guarded secret using craftsman from Sima Senco. I wanted it to be a surprise for you…”

Suddenly, a galloping horse could be heard coming fast towards the group. It was a Qeshland Courier thrashing the horse to move even faster. He arrived in a plume of dust and used his momentum to dismount his horse, going to one knee.

“General Embreto, the city is under attack!” the Courier said.

There was shock on all faces. The King was calm...


Later, the King and his Men were ready to ride back to Qeshland. Ganna was at the King’s side looking up to him on his horse.

“Must you return?” Ganna asked.

The King looked stern. “The Princess is there. I must return.” The Queen nodded and protested no more.

Embreto galloped to the King. “Sire,” he responded.

“You and two men will stay with the Queen!"

This surprised the General. How could the King not want his top General defending the Palace?

“You there!” the King pointed to two soldiers, “You two stay here with the General. The Queen’s life is in your hands.”

The King and Queen said their farewells. General Embreto traded looks with the Queen. Things seemed out of place.

The following day, the Queen was roaming the gardens. General Embreto was with her. With his hands neatly placed at his back he walked slowly keeping pace with her. She stopped and looked to the two Soldiers. She touched and smelled some beautiful teal roses.

“Why did he leave us together?” She asked the flowers.

The General cocked his head. “I assume you are speaking to me and not the flora.” He was always all business.

The Queen smirked. “It is a ruse to keep your men from suspecting anything inappropriate.”

The General smiled. “A rose of a ruse,” he said dramatically.

“Indeed,” she said and continued moving along the shrubbery and floral brush. “I think he knows about us.”

General Embreto perked up. This statement took his smile away. He considered her statement with deep thought. “I suspected as much,” Embreto said. “I fear there is some deception today. Something does not tally."

Nearby, the two remaining Soldiers were sheltered underneath a large tree, one resting on the ground against the tree trunk. “Much better than dying in battle,” the resting Soldier said.

The second Soldier stood. He moved behind the tree. When he rounded the tree, he had a dagger in hand, large enough to split a Wat Horg in two. He slipped the dagger about the resting Soldier’s neck and sliced it off easily. No screams, no cries for help.

He moved quickly toward the Queen and General, his crossbow at the ready to complete his assignment. When he reached the needed distance his targets turned and saw him with his weapon drawn. He aimed. Then dropped his bow. He stared in awe.

The assassin ran to his horse and left the area and did not look back.

When the Assassin returned to Qeshing City to report his lie, the King was unaware that he would receive a lie he was not expecting. The assassin reported that the deed had been committed. The Queen and General were dead. The King smiled joyously.

The day the Queen vanished the King announced to his people that unknown rebels had assassinated both the Queen and his top General. He promise vengeance against these murderous rebels. The people cried and then turn toward anger, eagerly getting behind the King. Their thirst for revenge against the unknown force was used by the King to conquer a nearby country. The murderers were never found. The King never spoke of them again.

With Heeto Miyoopa by his side, alone they planned all the Kingdoms moves.

"Sir, it seems we have a nasty little problem with our island colony of New Qesh?" Miyoopa said.

“Problem? What problem, man??” The King let out a roar.

Well, it seems the people have declared themselves independent." Miyoopa watched the King's reaction carefully.

The King burst out laughing and Miyoopa joined in.

"That insignificant gnat of a colony?" The King shook his head.

"I am afraid it is true." Miyoopa was serious.

"Shall I send the fleet to restore order and bring the traitors back for trial?" Miyoopa was happy speaking of trials and traitors.

"Indeed my trusted friend. See that after we squelch this uprising, you raise their taxes. This little rebellion of theirs is going to cost us."

"I will pass this order on to your generals," Miyoopa said and hurried out.

The King chuckled and drank from a large stein of beer. He spilled much ​on himself.

With the fleet headed to New Qesh to beat down the rebellion and the Qeshland armies gaining lands from their neighbors, things were well in Qeshland.

On a peaceful warmish day, Heeto Miyoopa congratulated the King on all their brilliant plans and the King returned the congratulations. But as they sat congratulating each other there was a change in the King's quarters. A strange hum and an uncomfortable deadness overtook the air.

“What is this?” The King questioned.

They both turned around to see General Embreto appear from a mist of glowing small red circles. Queen Ganna was right behind him. Embreto approached Miyoopa and swung his sword against his neck. King Astar was horrified. Miyoopa’s headless body stood for a few seconds and then slumped to the ground.

Embreto approached the King and placed the sword at his neck. Ganna approached. She looked into the King’s fearful eyes.

“Why do you want us dead?” The Queen asked.

The King’s face turned to anger. “I was aware of the affair.” The King turned his gaze to Embreto. “You and he. You brought shame to this kingdom five years ago! And now here you are... together."

The Queen and General Embreto were confused. The assassination attempt was today.

"I read your tawdry letters," said the King.

Ganna shook her head. “Innocent letters. I have known the General since childhood. Perhaps we took our words too far but he never touched me. He was a loyal soldier to you and this kingdom.” Ganna looked to Miyoopa’s dead body. “He intercepted one of my letters and told you a lie.”

She moved away from the King. Embreto returned his sword’s firm pressure against the King’s neck.

The King closed his eyes. “One thing,’ said the King. “What happened to you five years ago? Where did you come from?”

Embreto moved closer to the King and whispered. “From a place you will not conquer. Arth.”

The King frowned. “Arth! Where is Arth?”

Embreto smiled. “All Hail Queen Anya Qesh!!” and he then pierced the King’s neck lightly with a sharp thin steel device that the King did not see in Embreto’s second hand.

The King sat back. He watched as Embreto and Queen Ganna walked back toward the mist of small red circles. They began to fade away. The King was amazed.

“Underworld sorcery,” the King whispered as his life started to slip away. And as he did, his last vision was that of small people looking at him in sadness. They were baby-like. They then vanished and so did the King. Dead.
WHERE ARE WE?

Queen Ganna Qesh and General Goht Embreto sat on a bench looking at a calm lake. They could see a gazebo that was placed on a small island within the lake and wondered why they were there and where they were. How long had they been there?

"I believe we will remember this place and think of how we were once young," said the Queen. "We should stay here until we are no longer here."