TREASURER OF THE SPATNY
The Pirate Father
Talia Veechi was the daughter of the legendary pirate, Captain Greer Veechi. She was born in 4925 on a lampiot frigate to her Mother, Clavi Toopree, the Captain’s captive, turned lover. Toopree was then released with the child to live in hiding in the seaside city of Skeeto Bay in West Junee, both under the Toopree name. Although the pirate did not see his daughter throughout her youth, she was never without means, as a mysterious pouch of plunder would find its way to the door of the pirate’s estranged family now and again.

It is said that while attending the foundry of higher learning, Talia’s Father appeared to her on campus one cool night to make amends and his farewell as sickness had consumed his entirety. She never saw him before that night or ever again. This story has never been verified but the very next day, Talia petitioned the courts for a name change to Talia Veechi. She also changed her learning focus from Sociotomy to Economics. Some say Talia’s sudden interest in economics was motivated by a treasure her Father left hidden for her somewhere on the West Junee coast. Proof of the treasure has never been found.

Talia Veechi became Chief Cashier of the West Junee Monetary Reserve in 4955 at the young age of 30 and remained within this post until her retirement in 4995.

In an interview later in her life, she was asked why she changed her higher learning focus from Sociotomy to Economics, Talia playfully replied, “Otomies take it out of me. I’d rather count fidobeans.”

Upon her death, Talia Veechi willed her beloved estate, Everlasting Quest, to the Moon-9 Science Acadaplex. Curiously, it is rumored that Everlasting Raven was the name Captain Greer Veechi used for his frigate. This rumor has never been verified... 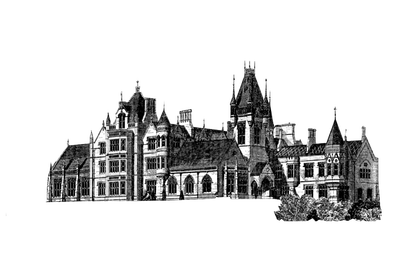